You must be of legal drinking age to visit this website. Are you?

Cameron was inspired by the great Tennessee Whiskeys and Kentucky Bourbons, but he set out to create a uniquely Australian spirit.

Like Champagne recognises wine from the great region in France, Bourbon is also a geographic indicator. Only whiskey that has been made in the U.S can officially be labelled as a ‘Bourbon’ (although 95% of bourbon is from Bourbon, Kentucky specifically). So in Australia we refer to this style as a ‘Sour Mash Whiskey’, in reference to the grain mashing process.

Tiger Snake Whiskey forms the backbone of Australian Sour Mash, being the first of its kind to have been crafted and sold in the country. It uses a classic grain bill of corn, rye and malted barley, and the old hybrid grain triticale, all sourced entirely from Western Australia.

Exclusively matured in ex-bourbon casks, the grain is included in the mash and fermentation phase, before being transferred into a fractionating still. This gives the grain lots of room to shine, and leaves us with some roasted nuttiness along with the sweeter vanilla and dried fruit notes.

Every whiskey around the world represents its environment and local distilling traditions, and Tiger Snake Sour Mash Whiskey is no exception. 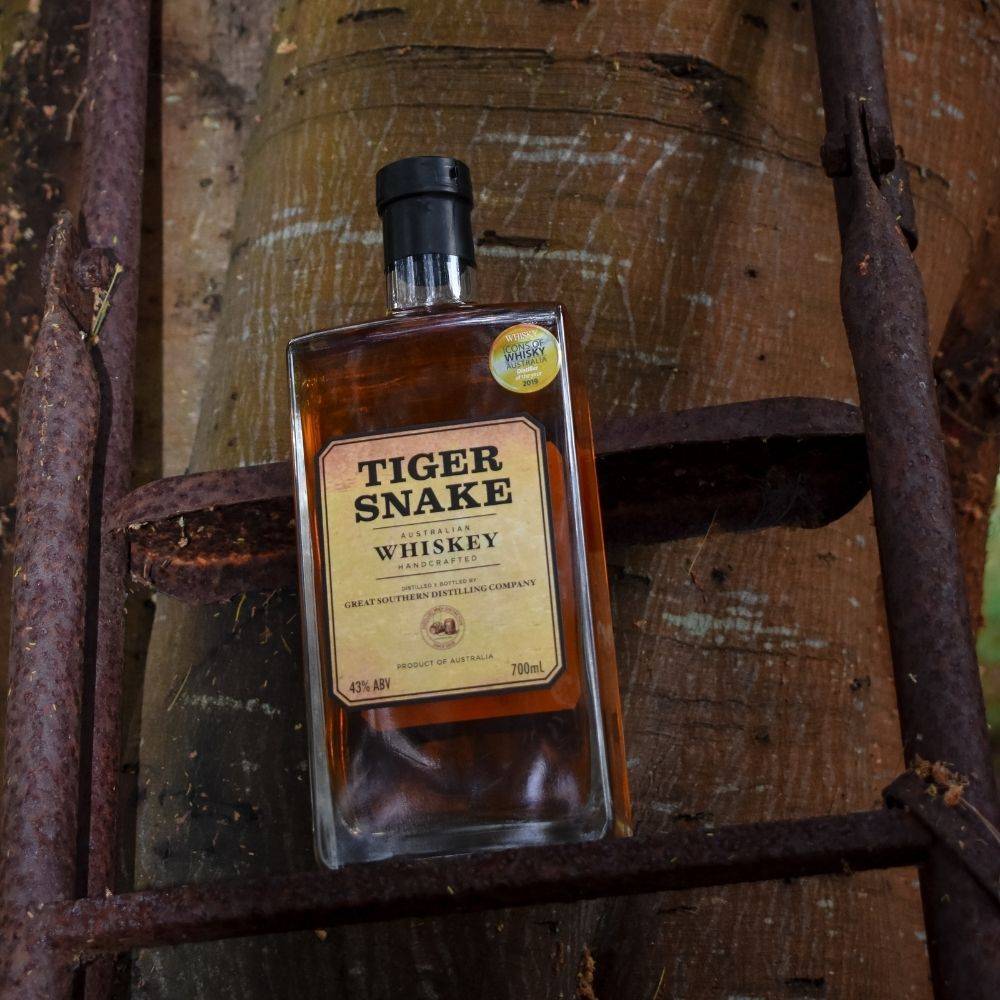 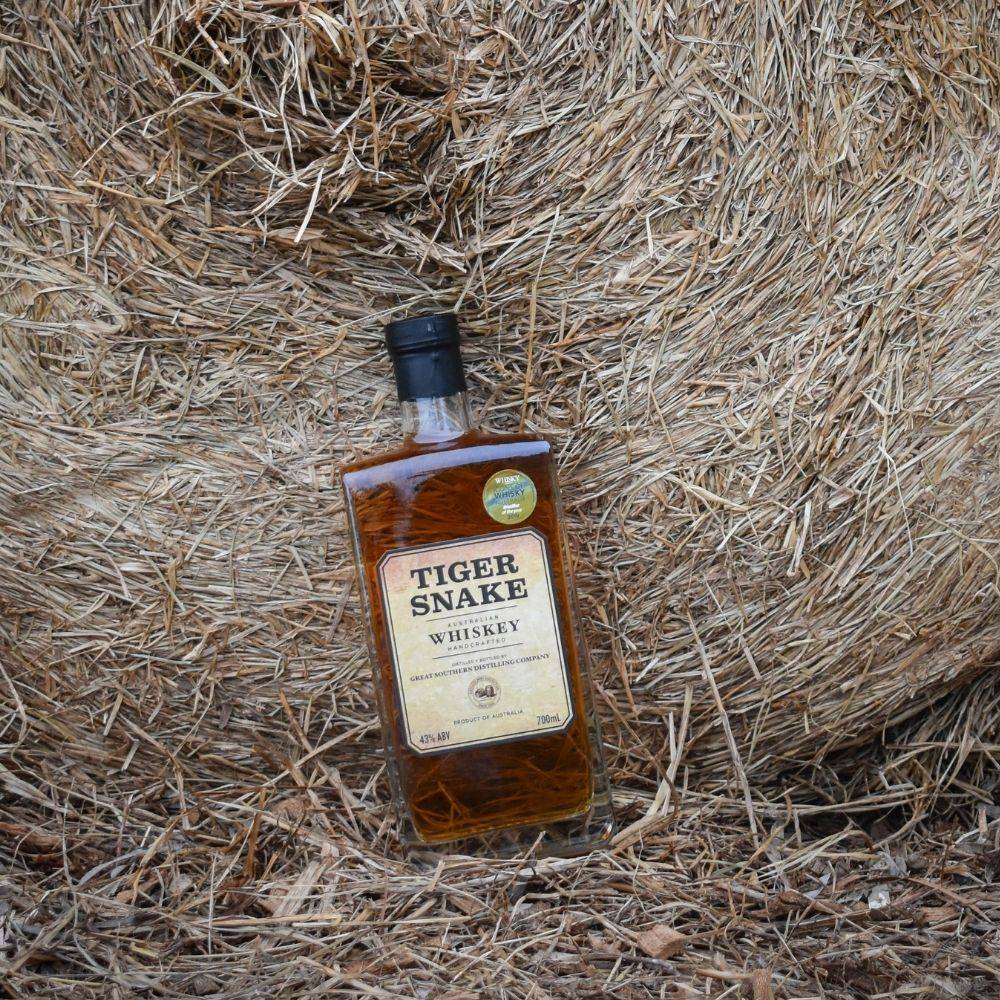 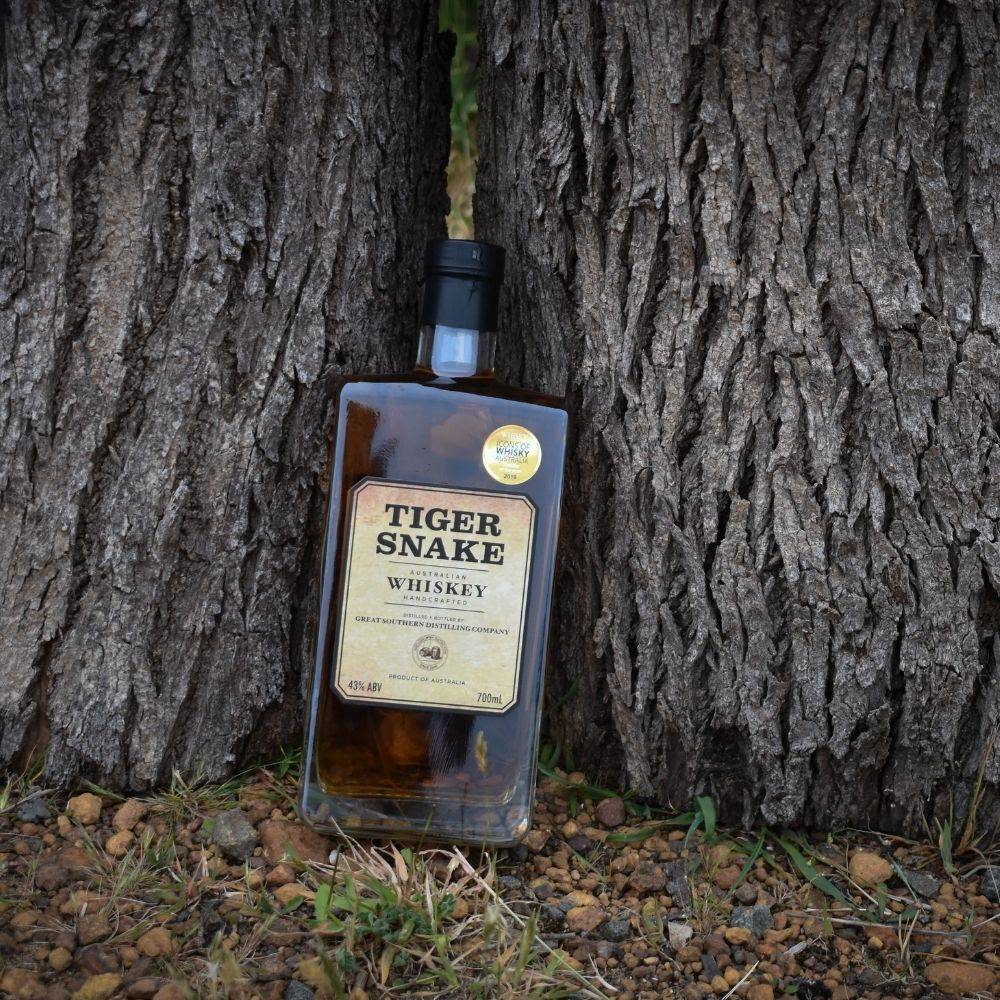 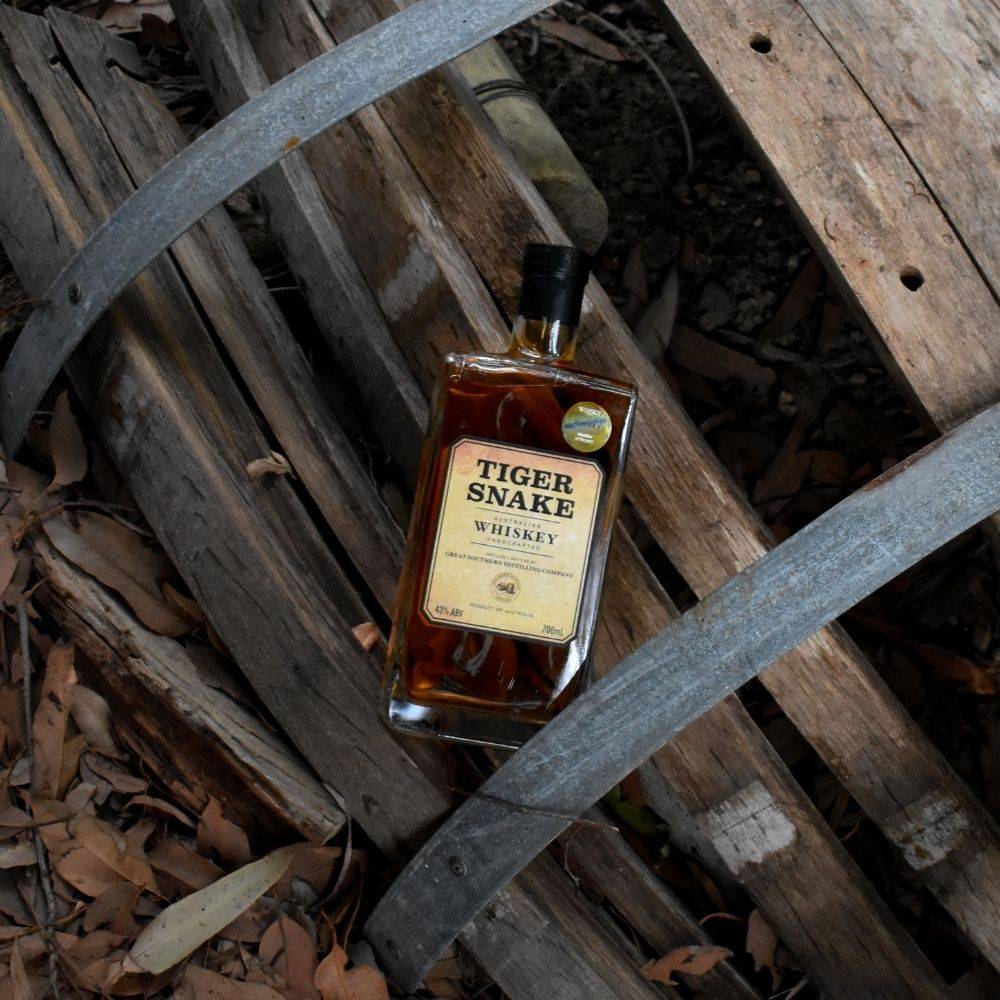